From March 24 to 27, 2017, we attended the Salon du Livre 2017 in Paris, the largest event dedicated to books in France. During three days, we sold and dedicated our book, George Daniel de Monfreid, Artiste et Confident de Gauguin, to attendees of the book fair, both general public and professionals. 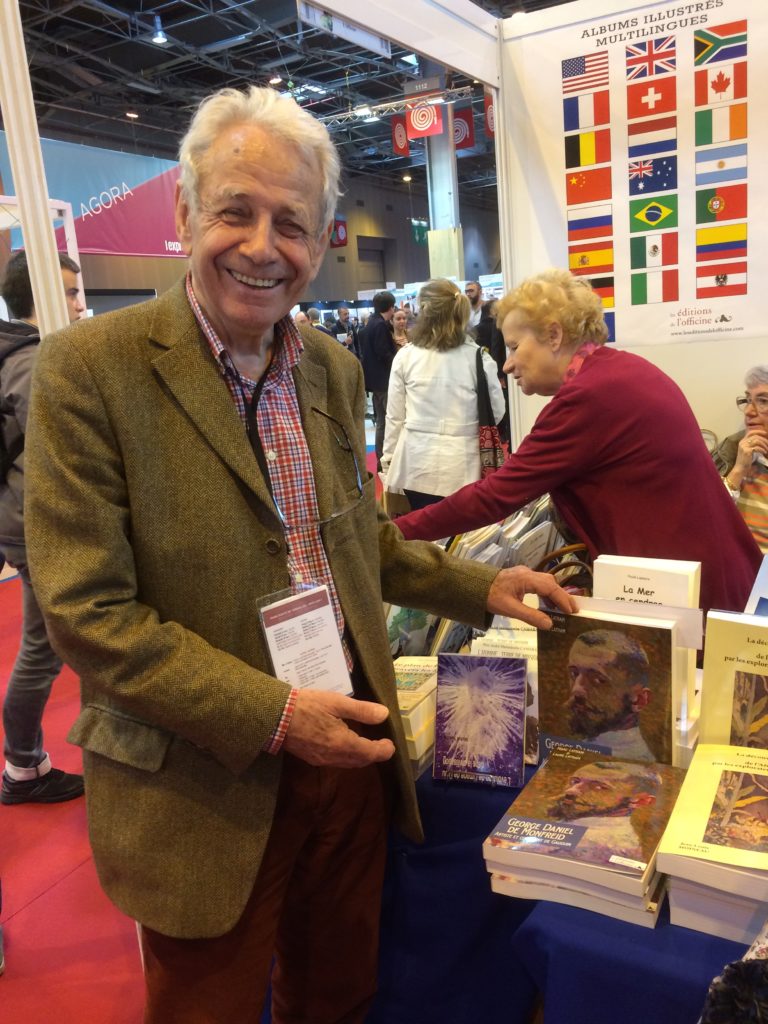 Thanks to Mrs Caroline Martin for this picture of Marc Latham in high spirits at the editor’s booth.

This was our second experience and the first one with our book published. Obviously, it’s easier to talk about a book that you can physically hold in your hands and browse, rather than a book-to-be that doesn’t exist on paper.

Have you ever attended a book fair?

December 31st. It’s snowing on Saint-Clément. The Canigou mountain and the valley are white. The house is cold. Agnès and Annette are keeping warm as much as they can in the kitchen. Yesterday morning, I sawed some wood. It helps warm myself up and adds a certain physical value to the fire I will light in the living room’s fireplace. In the courtyard, 25 cm of powdery snow. I try to clear a path to access the road. Failing to succeed, I get on my skis and ski all the way to Corneilla to pick up the mail. It’s half past noon; the post office is closed and I’m told that trains stopped circulating the day before yesterday. Hence no mail today. The house is so empty. Where are my friends? Charming Louis Bausil who would scare the help on evening parties, Gustave Violet or winemaking painter Eugène Terrus, friend of Matisse? 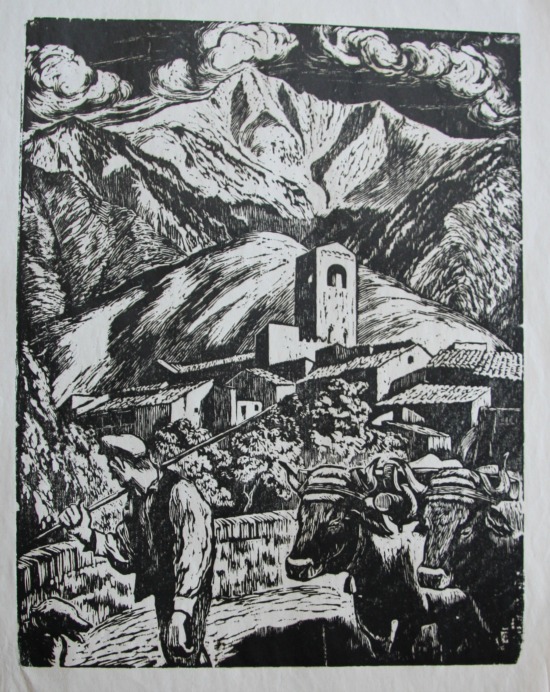 Despite the bleakness and depressing news, 1917 was much brightened by the news that Agnès is betrothed to Louis Huc, a young army doctor, son of a wealthy landlord in Béziers. Their wedding is planned for the end of next year. Agnès and Louis can’t wait to get married but the war is still with us, more terrible and painful than ever. Louis could be called upon at any moment to serve in a field hospital on the front. Will they accept to wait until war is over? Agnès still plays music with Déodat de Séverac in Prades but this harsh wintry weather has cut us off.

Henry telegrammed from Djibouti last week to announce his success at his exam. He’s now a master mariner. I answered promptly to tell him how proud I was and that it would come in handy. I’d love to know how his young family is faring in this tropical hellhole. Armgart wrote to ask paints to paint. Won’t she write to me one of these delicious letters, filled with news, that I read secretly as Annette is jealous as a tiger?

I haven’t touched a paintbrush or pastel since my pastel portrait of Agnès as a young Catalan bride. That was last July. All this is rather depressing but it’s freezing in the atelier and the dining room is hardly inviting for painting endeavors. Because of this, I feel rusty and I will need to apply myself with much practice. Since I didn’t feel like painting, I tried my hand at woodblock printing, this beautiful but painstaking form of art. I even sent a copy to Armgart with the following explanations: “The enclosed woodblock print is my first attempt at representing the landscape as main subject. (…) I wanted to illustrate the Canigou mountain in its imposing grandeur, royally towering over Corneilla under a crown of clouds, as well as the old Roman church, nobly 900 years old, presiding over the earth and its beasts in their archaic way of life.”

Tomorrow is January 1st, 1918. What will the new year bring? Will war finally end? Will I be able to paint as before? 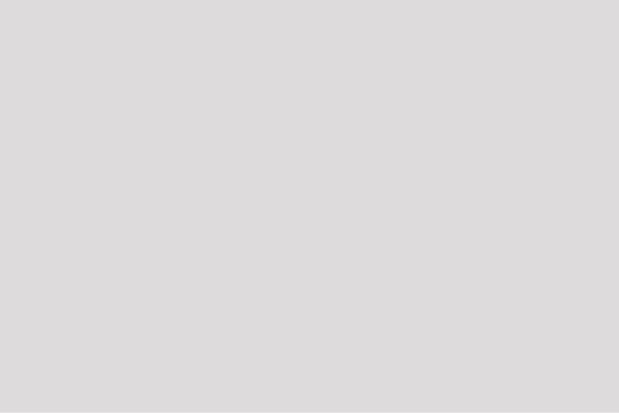